Gold Is On Week 6 Of Its New Intermediate Cycle

I think there is no doubt now that the yellow metal has indeed put in an intermediate cycle low. What caught many by surprise this time round was with how the rally played itself out. Usually at intermediate lows, we get the bottom and then we have a violent move to the upside soon in the aftermath. Gold though time round bottomed at the end of April and really needed a month before we got our bullish engulfing candle. We initiated long positions pretty close to the bottom as we knew the bottom (considering the timing band) would come sooner rather than later. This means we are on week 6 of gold’s present intermediate cycle. 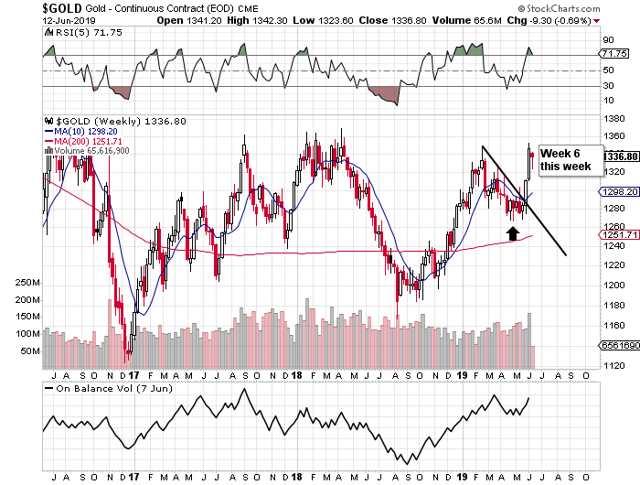 On the daily chart, we can see that gold is in its timing band for a daily cycle low. Thursday the 13th will now be day 29 of gold’s present daily cycle. We would be expecting a drop down at least under the 30 level on the RSI indicator. We actually were about to issue a short delta implied volatility trade of GDXJ (weekend report) but remain wary of a sustained move higher here. Before we can call a daily cycle decline though, we would need to see price drop below that 10 day moving average which it still has not done. 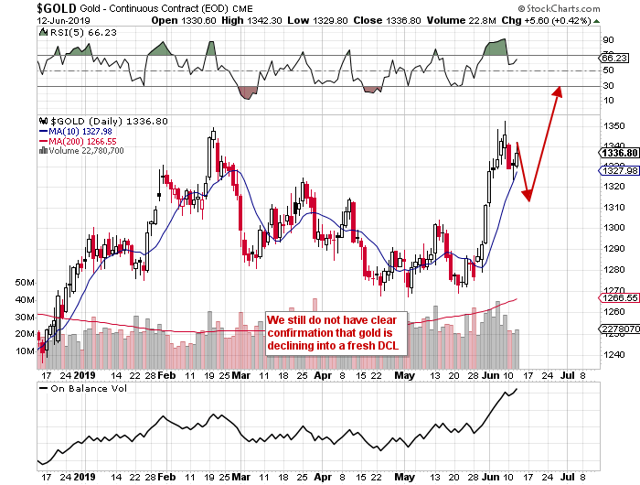 Get the Full Mid Week Report And Portfolio Here

This entry was posted in Gold and tagged (NYSE:GLD). Bookmark the permalink.